Check out these adorable celebrity kids. Dr Sid and Simi Esiri’s daughter Sidney (left) pictured at a Traditional engagement over the weekend and Solidstar’s son Josh (right) playing with his tricycle. 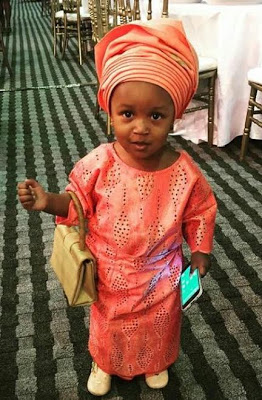 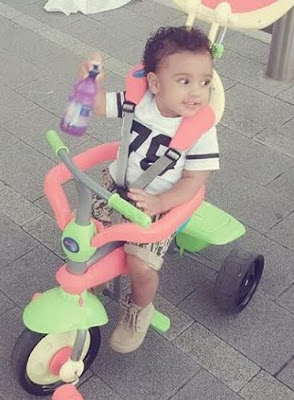 Sidney Onoriode Esiri (born 1 May 1980 in Ikeja, Lagos state, Nigeria), known commonly as, Dr SID is a Nigerian singer-songwriter and dentist, who is a descent of Delta state raised in Lagos. His mother a successful fashion designer and his father the legendary actor Late Justus Esiri, who was a Member of the Order of the Niger (MON), and famous for his role as the Village Headmaster a Nigerian sitcom popular in the 1980s. The second child of 4 children from an early age he had his heart set on becoming an entertainer. However his life took a different course graduating from the Nigerian Air force Secondary school, Ikeja, SID went on to the University of Ibadan (UI) to study Dental Surgery, During his school years his flair for entertainment could not be hidden as he took part in school plays, dance competitions and concerts winning numerous awards along the way.

Joshua Iniyezo (born 24 September 1988), better known by his stage name SolidStar Isoko or simply SolidStar, is a Nigerian singer,songwriter and performer. He began his musical career as a drummer for a local church in his hometown of Delta State. SolidStar is popularly known across Nigeria and Africa for his hit song “One in a Million”. He is currently signed to Achievas Records.