Nollywood Actress, Ebube Nwagbo has a word for body shamers on Social Media! She took to her IG page early this morning to admonish them and let them know their opinion doesn’t count. According to her:

“There Is No Wrong Way To Have A Body. Its One’s Choice And Decision To Look Whichever Way He Or She Wants To Look,Whether Fat, Slim, Skinny, Flabby, Fit, Healthy, Unhealthy, whichever. Its Ur Body, Ur Choice, Ur Life..And Nothing Gives Anybody The RIGHT to #BodyShame Anyone. Enough Of It! If Anyone Has A Problem With My *Slim*Skinny*Hipless Body..That’s Ur Problem,Not Mine! I Love Me, Just The Way I Am..That’s All That Matters!! #PutSomeRespecOnMyBody #SayNoToBodyShaming”. 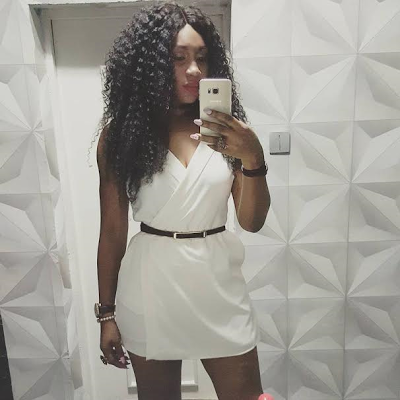 It is becoming a serious issue, the criticism that many so-to-say shapeless women go through, especially in African societies where curvier women are usually generally classified as beautifully endowed women. This has resulted in low self esteem for those slim females who are not emotionally strong enough to withstand such. They even go to the extent of getting artificial hips and boobs or taking enhancing drugs which have been alleged to have long-term harmful effects. 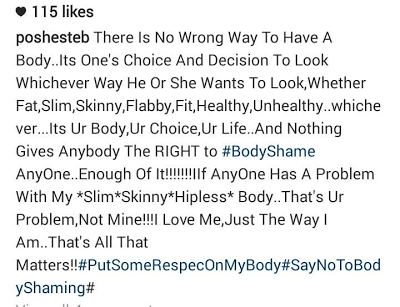 It is quite impressive that Ebube decided to flaunt her body and speak against those body shamers who outrightly cast a lady down just because she does not meet the so-called standard of ‘beauty’. As  the saying goes, ‘beauty is in the eye of the beholder’.

Nwagbo is from Anambra State but grew up in Warri. She is first of her parents six children. She studied Mass Communication at Nnamdi Azikiwe University, Nigeria. She started acting in 2003, at the age of 20.

What to Do When Your Phone Won't Charge Properly [2]