Singer Eniola ‘Niyola’ Akinbo has a word of advise for Ladies who resort to unattractive means to prove a point. 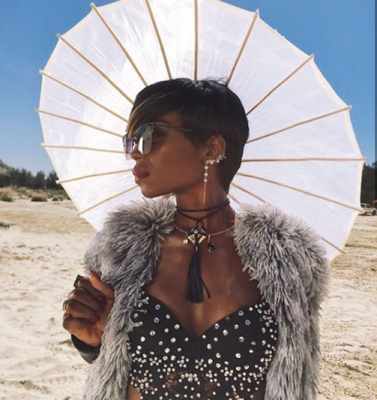 Insisting that Ladies can be confident without having a ‘bitchy’ attitude, she wrote:

“Ladies, being rude and disrespectful doesn’t make you boss or tough … No matter how attractive you are , it is nasty! You can be confident , assertive and still attractive without being a bitch ! I know some guys take the piss but girl ! Keep it together ! You already have an added advantage just being a woman, tap into that and you ll be A O K !”

Eniola Akinbo was born December 9, 1985, in Lagos. Professionally known by her stage name, Niyola is a Nigerian recording artist, singer,songwriter and performer.

Niyola started her sojourn into music began in 2000, when she emerged runner up at the Amen Starlet Competition. In 2005, Niyola began her professional music career and was briefly affiliated with eLDee’s Trybe’s Records, following that she put pen to paper on a production deal with Freestyle’s Make Sum Noise Entertainment. Niyola’s first three singles; Me n U (In da club), No more and Dem say were released under this imprint.

Check Out This Picture of Sound Sultan's Cute Sons