A lot has been said about talented Nollywood actress Stella Damasus, after she was accused of snatching her colleague’s husband Daniel Ademinokan. 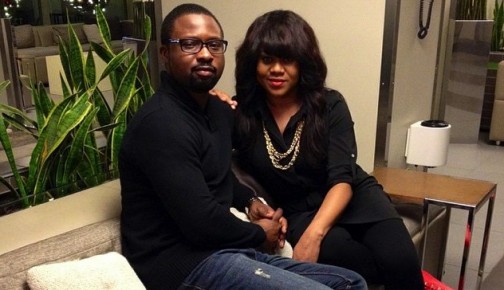 In an interview with This Day, Stella Damasus opened up on her previous marriages, her relationship with Doris Simeon, her children and how she met Daniel Ademinokan.

On her relationship with Daniel Ademonikan, Stella Damasus had a lot to say.

“Let me put it this way; let me help you hit the nail on the head. One of the comments I have seen consistently, over and over again is, ‘Stella snatches somebody’s husband’; ‘Stella the husband snatcher’; which is what has been going on. And I had sworn that I would never talk about it or even listen or stress myself about the issue. But I have decided to talk about it now, so that I end it once and for all. First of all, let me paint a picture for you and you let me know what makes sense to you. Let’s go to the dictionary, when I looked up the word snatch or steal –it means forcefully taking something away from its original position or forcefully from its original position to another position; something that does not belong to you – that’s what I gathered from the word snatch or steal. So I looked at myself, Stella, and I wondered, how is it possible to go to somebody’s home, and take a man, and take his son, away from his home and say follow me. (Let’s assume) You are a man, and according to their story, he is happily married inside his home. With his family complete and I walk into that home, to forcefully take a man, able-bodied man, and a kid, away from somebody’s hand and you are there looking at me. How does that work? So logically, if people actually sit down and think about it intelligently, how do you snatch somebody from somebody and the person is there looking at you? So when you see a man who has settled ties with a woman and decides to move on with his life and you feel that there is something in this man that you like and he likes you, is there a problem there?. I am not a kid. I am 36 years old. I am not about to start hiding myself. I was waiting for somebody to actually ask me this question, because all I have heard for the past two to three years are rumours. They said, blogs said, this said. Nobody has been bold enough to confront me and ask me. So I say, if I steal something from somebody, and the person is really the owner of the thing, you come and ask me, ‘You took something from me, give me back’. But nobody was able to do that. And I am like, if I meet an able-bodied man that has left (his family) and moved on; that is not even in the same house with whoever and is not doing anything with whoever, and both parties had decided this thing (marriage) is not going anywhere, and they have gone their separate ways, why is it easier for the world to blame the woman that the man has decided to end up with? Why is it that it is always that woman that broke that home? The two people that did things that nobody was there; nobody said something must have happened between the two people. It is always somebody else that is the problem. And I always say I do not tolerate blaming anybody for your own problems. I have had problems. After my late husband’s death, I got married again and the marriage didn’t work.”