Comedian and Talk show host Teju Babyface and his wife former model and make up artist, Tobi Oyelakin celebrated their 4th wedding anniversary yesterday. The couple got married on September 1, 2012. The TV producer shared their photos on Instagram along with a sweet message to his wife. 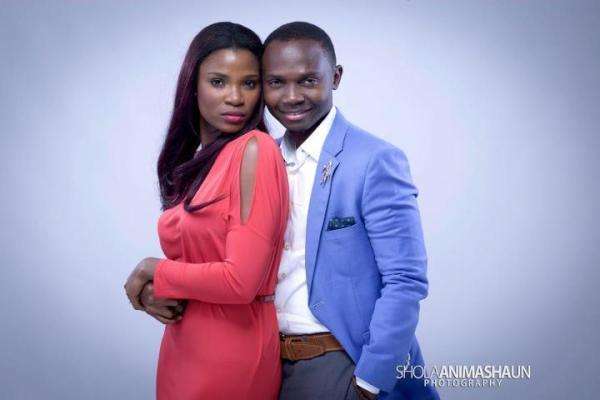 “4+…if I had to do it all over, it would still be you” he captioned the photo.

Gbadewonuola Olateju Oyelakin (born January 20, 1979), known professionally as Teju Babyface, is a Nigerian political satirist, inspirational speaker, talk show host, Master of Ceremonies, television producer, stand-up comedian and actor. He is widely known as the creator and host of The Teju Babyface Show, a talk show built in mold of American talk shows that showcases the best elements of the African society.

In 2010 Teju developed The Teju Babyface Show, which became an instant hit on television in Nigeria and beyond. He had always been of the opinion that stand-up comedy was a means to an end and after a decade as one of Nigeria’s headline stand-up comedy acts, he saw the show as the perfect way to impact and influence more people. The very first of its kind in Nigeria, the show brought an infusion of late night American television with hints of recent projects like the Ellen DeGeneres, Steve Harvey and Arsenio Hall Shows to African television. In production for its 6th Season, the show has played host to many celebrities and important personalities and remains an original African offering with such features as the theme music (Eri Okan/Conscience by King Sunny Ade) introducing viewers to a glimpse of the African soul