The golden child of Nigerian business circles “Aliko Dangote” has been a great source of inspiration to entrepreneurs in Nigeria and across Africa especially those who really want to start small but with big dreams. In his journey of entrepreneurship, he identified and took advantage of opportunities. He was not discouraged by challenges which has resulted in his great achievement in business world and also made him the business icon of our time. The Nigerian billionaire as he is fondly called is one of the greatest Nigerian and African men who started very small and grew rapidly as a result of complete focus on what he knew how best to do. 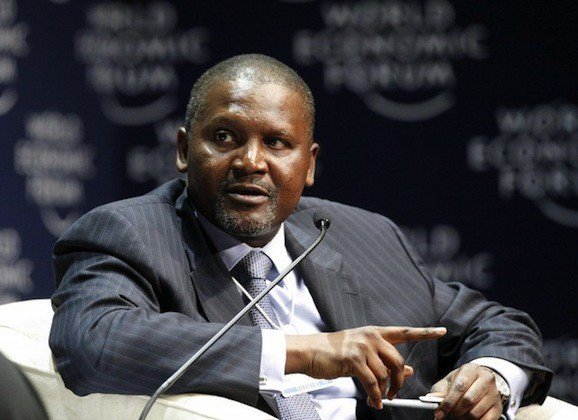 We have compiled 10 things you probably didn’t know about the Nigerian billionaire, Aliko Dangote. Check it out below:

1. He was born on 10th of April 1957 in Kano State into a wealthy Muslim family. Aliko studied Business Studies and graduated from Al-Azahar University, Cairo, Egypt.

2. While in primary school, Aliko would buy cartons of sweets and would sell to fellow students to make profits. This proves his huge interest in business, even at that time.

3. Aliko Dangote got his initial capital at 21 years from his uncle, the late Alhaji Sanusi Dantata to start his own business.

4. He started business in Kano in 1977 trading in commodities and also building supplies. In the same year he moved to Lagos and decided to trade on cement.

5. Very few people knew that Dangote played a very prominent role in the funding of Olusegun Obasanjo’s re-election bid in 2003, to which he gave over 200 million naira and also contributed 200 million to the Presidential Library.

7. He invests most of his resources in Nigeria and across the continent, thereby playing a very significant role in achieving economic growth of Nigeria.

8. Dangote pays over 12,000 staff nationwide, but on completion of ongoing projects, it is expected to hit 22,000 staff making earnings from Dangote group.

9. Dangote is not motivated by cultural or religious tribalism in that he employs anybody that has good prospect for enhancing more rapid growth of Dangote group and Nigerian economic at large.

10 Things You Didn't Know About Flavour