Genevieve and Ramsey Nouah take a cute selfie together. The two have featured in movies together over the years. 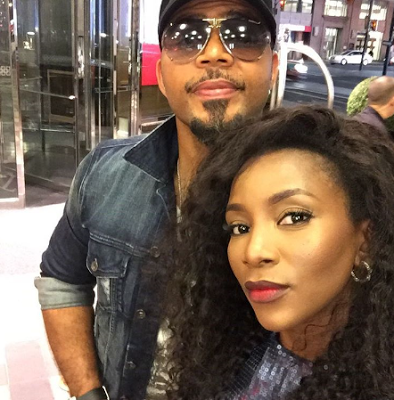 Genevieve Nnaji was born on 3rd May 1979. She  is a Nigerian actress and singer. She won the Africa Movie Academy Award for Best Actress in a Leading Role in 2005. In 2011, she was honored as a Member of the Order of the Federal Republic by the Nigerian government for her contribution to Nollywood. 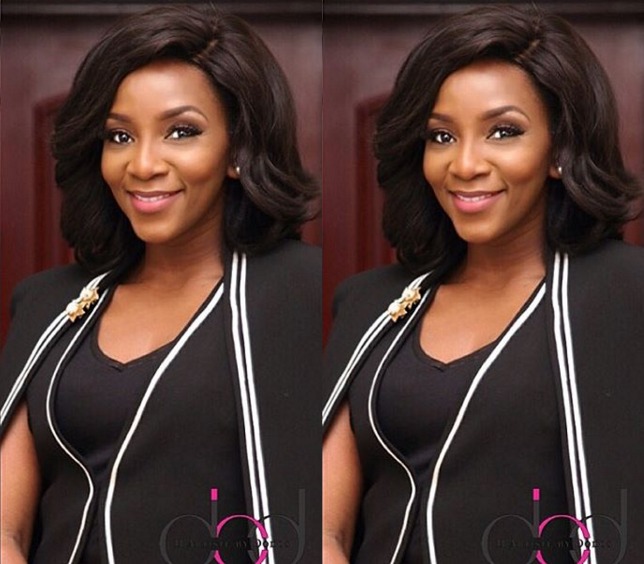 Nnaji started her acting career as a child actress in the then popular television soap opera Ripples at the age of 8. In 1998 at the age of 19 she was introduced into the growing Nigerian film industry with the movie “Most Wanted”. Her subsequent movies include Last Party, Mark of the Beast and Ijele. In 2010 she starred in the award winning film Ijé: The Journey.  Nnaji has starred in over 80 Nollywood movies. Genevieve Nnaji is considered to be one of the best paid actresses in Nollywood. In 2009, she was referred to as the Julia Roberts of Africa by Oprah Winfrey. 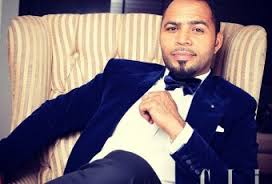 Ramsey Nouah was born on 19th December 1970. He is a Nigerian actor. He won the Africa Movie Academy Award forBest Actor in a Leading Role in 2010

Nouah was born in Edo State to an Israeli father and a Yoruba mother who hails from Owo, Ondo State. He grew up in Surulere, Lagos, where he attended Atara Primary School and Community Grammar School. He obtained a diploma at the University of Lagos, after which he pursued a career in acting

Nouah’s acting career kicked off when he starred in the Nigerian TV soap opera Fortunes. Nouah has since then appeared in numerous films starring as the lead role. He has been called“Lover-Boi” for his numerous roles in romantic films. In 2010 Nouah won the African Movie Academy Award for Best Actor in a Leading Role for his performance in the Best Picture award winning film The Figurine. Nouah is considered to be one of the most sought-after actors in Nigeria

Blossom Chukwujekwu Re-Proposes to His Wife