Wale Adenuga has returned to publishing again as he debuts with another comic cartoon magazine titled “Nnenna and Friends Cartoon Magazine”. The family magazine due to hit the news stand this week is an “all-work-and-all-play” creative mix which has colorful and interesting packages with a wide range of contents specifically prepared for the whole family. 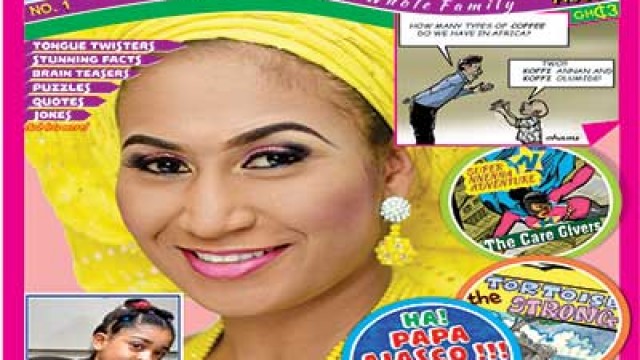 Several years ago, Wale Adenuga productions was responsible for Nigeria’s largest selling magazines: Ikebe Super, Super Story and Binta, which all won several awards for their entertaining stories and ground-breaking concepts. Decades after he rested “Ikebe Super” and “Super Story”, Wale Adenuga has returned again with “Nnenna and Friends”, which promises to be exciting.

Adenuga said that he was inspired to embark on the project , following the vacuum existing in the cartoon market in the country. He revealed that it took him about three years to package this new project. He also disclosed that the cartoonists who made “Ikebe Super” and “Super Story” – which were major hits in the 80’s, are the same cartoonists he worked with in the making of this new project.

The new magazine would contain some of the Super Nnenna adventures, as well as Binta’s dilemma stories which serve a great lesson for children, with particular reference to the girl-child as well as parents and guardians. Papa Ajasco and Company also adds fun and laughter to the package.

The new magazine also contains cartoon stories of Tortoise, as well as other interesting animals, jokes, puzzles, games, African proverbs, and much more.