Media Personality, Toke Makinwa took to her Instagram page to advise ladies concerning their choice of man and the standards they ought to set for themselves. 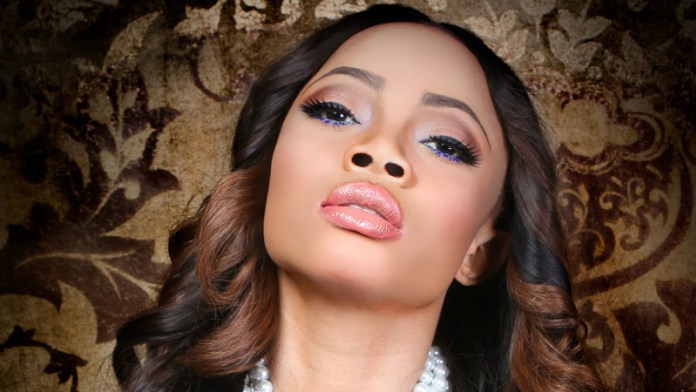 “I saw this pic and laughed and then I looked at it again and it hit me. Same man. I have learnt that when God answers, most times and in most cases it’s not how you think it’ll happen.

You gotta pray for a discerning spirit to spot the diamond in the rough. Forget your type, it hasn’t worked so far or has it? Keep your heart open and mind on God. You might have that annoying toaster you think is not your type, look closely. Look at his God given qualities. He may not be what you think is cool at first glance but look closely and pray. I’m not saying you should not have standards o, but even in keeping your standards don’t play yourself #Funnypic #Truth.

Toke Makinwa was born on 3rd November 1984. She is a Nigerian radio personality, television host, and vlogger. She is known for co-hosting The Morning Drive on Rhythm 93.7 FM.

Along with Tosyn Bucknor and Oreka Godis, Makinwa was announced as one of the hosts of 3LiveChicks, an entertainment program which was initially launched for the web community alone but was later extended to terrestrial TV stations in late 2012. Many Nigerian celebrities like Tiwa Savage, Tonto Dikeh and Bez have been on the show. Makinwa did not renew her contract with Flytime TV for season 2, and was subsequently replaced by her radio colleague Omalicha.

In 2013, Makinwa became an ambassador of the United Africa Company of Nigeria alongside Osas Ighodaro, Dare Art Alade and Dan Foster.  She also signed a multi-million naira contract with Nestlé Nigeria to become the new face of Maggi.

On January 15, 2014, Makinwa had a private wedding ceremony with her lover of 8 years Maje Ayida.

Secrets to Success in a Long Distance Relationship