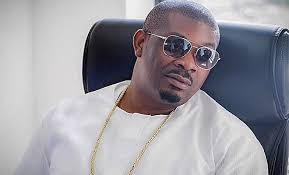 Here are some quick facts about Don Jazzy.

2. He was born in Umuahia, in Abia State.

4. He began singing and playing drums from the age of four.

5. He developed a passion for bass guitar at the age of 12.

7. Don Jazzy was once a security guard at Mc Donalds.

8. Don Jazzy is responsible for doing most background vocals for artists he produces and sometimes sings complete verses.

9. Don Jazzy has won over six awards so far in the music industry.

10. Don Jazzy made his debut Nollywood career in Moses Inwang’s “The Last 3 Digits”.

12. He is described by many, even D’banj, as a quiet person.

14. Don Jazzy is a year younger than his former partner D’banj.

15. From a young age, Don Jazzy has always dreamt of being the biggest producer in Nigeria.