When you mention Nigerian music, one name will always stand out: P-square. They are a very successful R&B group performing and selling records across the world.  They are arguably the most famous group known in almost all the African countries with a number of successful shows in U.S, Canada and Europe. There is no doubt that the Okoye brothers has brought a change in the Nigerian music industry. 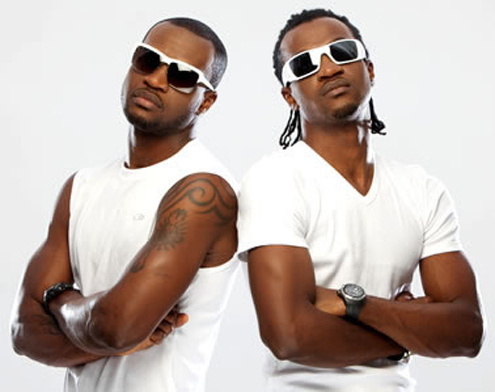 Here are 10 things you probably didn’t know about P-square :

2. In 1997 they formed a group called “Smooth Criminals”, and later they formed an acappella quartet called “MMMPP”.

3. They were managed by Bayo Odusami, a seasoned concert promoter and the CEO of Adrot Nigeria Limited.

4. In 1999 they applied to study Business Administration at the University of Abuja.

5. P-square won the “Grab Da Mic” competition in 2002, which led to Benson & Hedges to sponsor their debut album, titled Last Nite, which was released under Timbuk2 music label.

6. In 2003, after releasing their debut album, they won the Amen Award for Best R&B Group and the following year, they released their second album titled “Get Squared” under their own label, Square Records.

7. P-square is also known for their close resemblance to American R&B singer, Usher Raymond. In 2007, they released their best selling album, Game Over. It has sold 8 million copies worldwide.

8. On the 4th April 2010, the Kora Awards in Ouagadougou, Burkina Faso named P-square the Artist of the Year.

10. P-square is ranked amongst the top richest musicians in Africa.

10 Things You Didn't Know About Davido