Tee Billz the Husband of Mavin’s First lady Tiwa Savage has been posting stuffs on his instagram page well unless his account has been hacked. 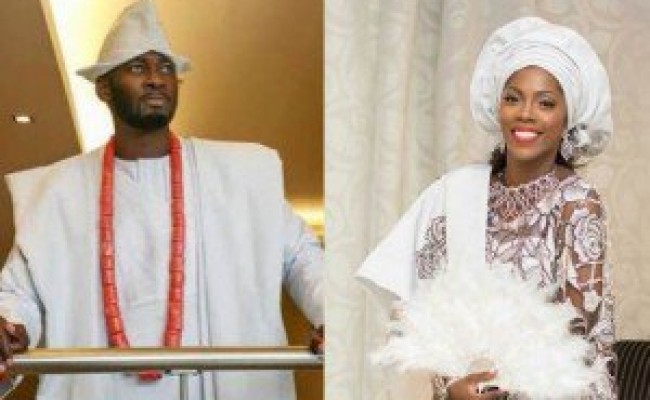 On his Instagram page, TeeBillz has been pouring out his heart, saying that he has been attacked spiritualy by Tiwa’s mother, calling her a witch. He also is insinuating that Tiwa was nothing when he met her, recounting how they met and how she has been dealing ruthlessly with him. He said he has been enduring all because of the love he has for her. 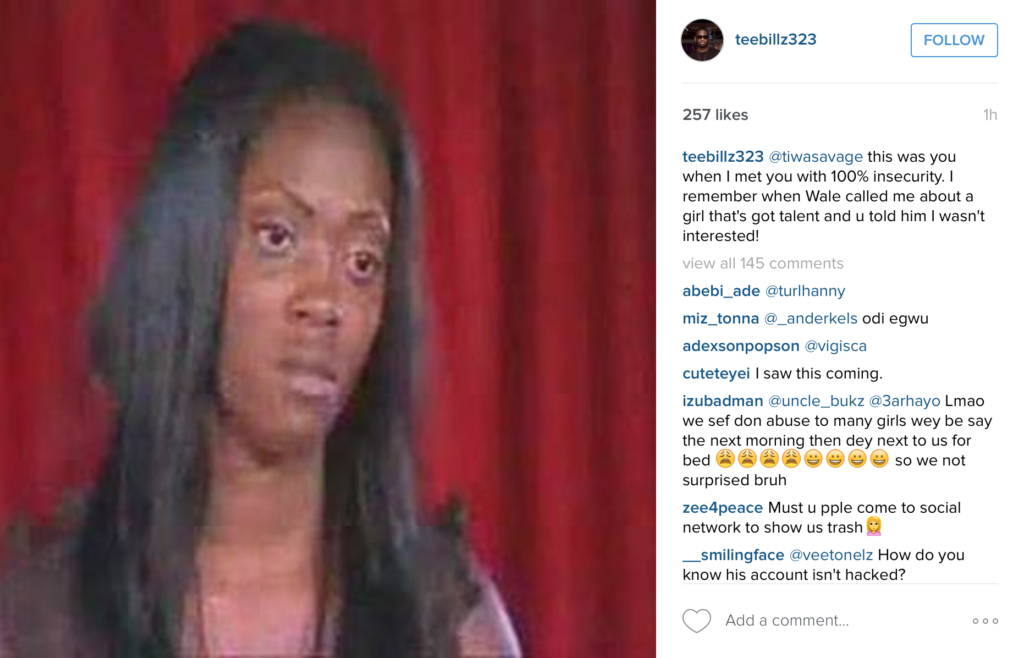 Tunji Balogun popularly known as Tee Billz has been posting some disturbing messages but then it is hard to believe that a man who fights for his wife like Tee Billz has always done would come out to disgrace her the way the handle has done.

The 323 Entertainment boss has allegedly  said goodbye to his wife of 2 years. He has been posting some mind blowing dirty stuffs of mental abuse stating he cannot take it anymore despite his initial resolve not to end up divorced like his father who was married 4 times and left his mother humiliated.

Some of his IG posts are as follows: 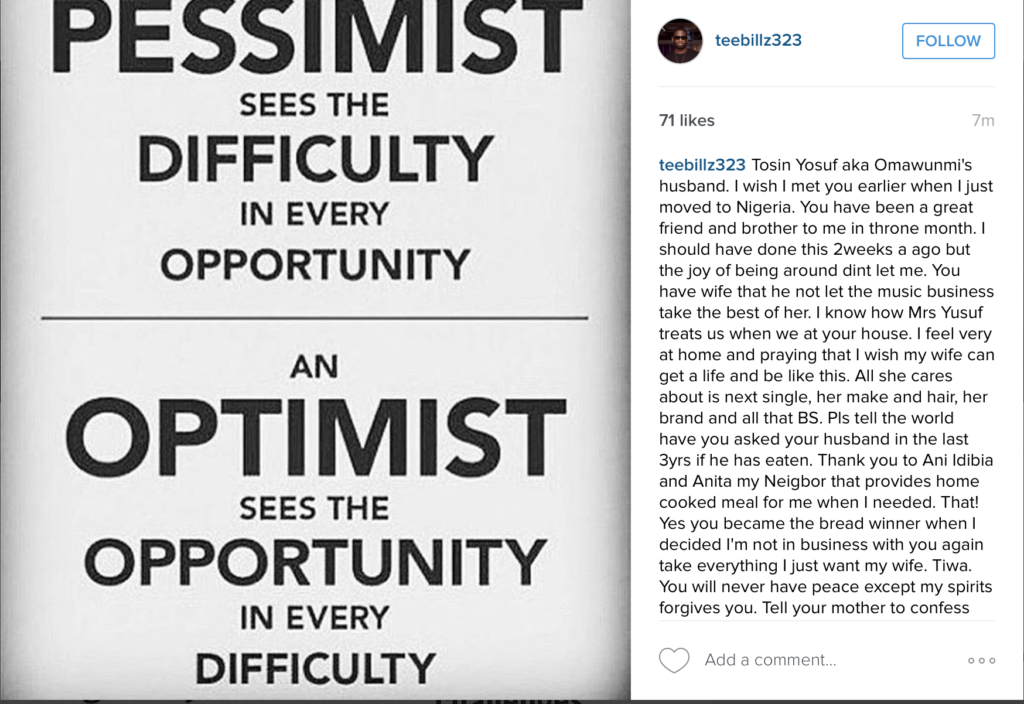 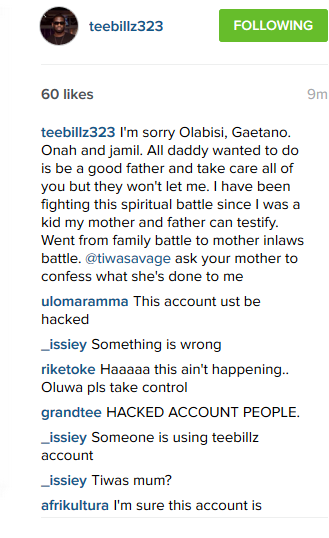 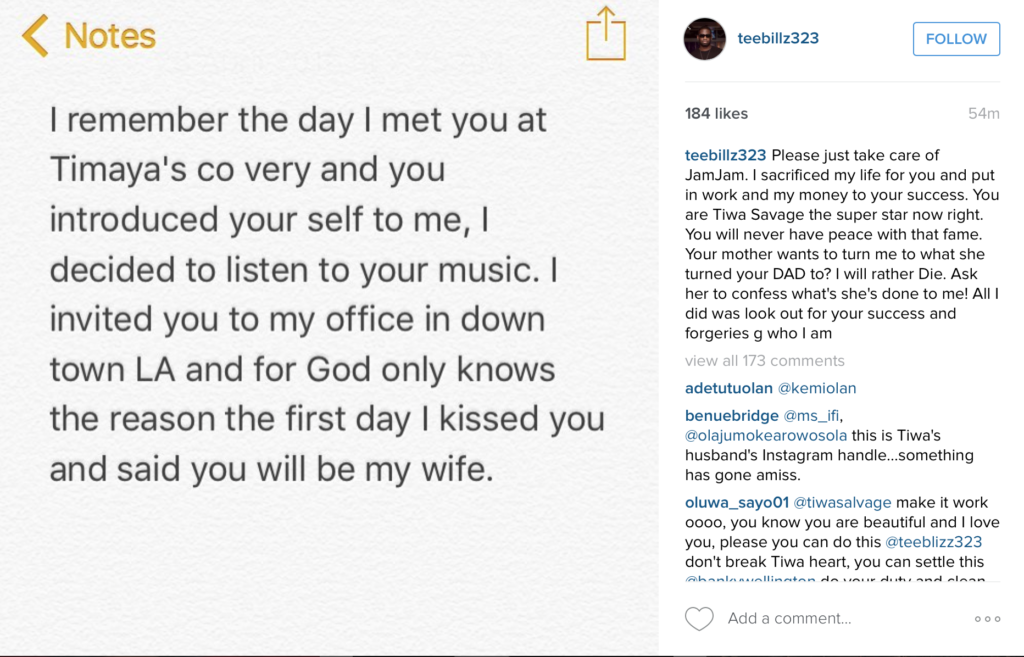