I want to take you back for a minute to your “Thinkin Bout You” cover from 2012. At the end, you have this funny little iMovie transition where you write, “Sorry, the ending was too tragic to keep.” It’s so earnest and lo-fi!

Ari Lennox: Oh no! I probably messed up. But yeah, YouTube started for me straight out of high school, so 2009, because everyone was going to college except me. I felt the pressure of like, okay, I gotta do something with my life. So I just did YouTube all day. Nothing really took off until “Thinkin Bout You” and Beyoncé’s “Drunk in Love” covers, but even then, stuff like that keeps you stagnant. It’s like, oh great, she can sing, but does she have originals? So I completely abandoned YouTube and just went to SoundCloud. I was really conflicted because people were like, “You never make covers anymore! You’re losing me as a fan!” I just knew I had to focus on originals, and thank god I did.

I’m curious: If you had tried out for American Idol or The Voice back when you were doing your covers, how would you have done?

My career would be in the trash can. I would have embarrassed the fuck out of myself. Back then, I didn’t know who I was. I just wasn’t developed. Now I think now I could maybe do well on there.

You’ve worked a bunch of jobs. I wrote down the ones I could find from other interviews: Papa John’s, Pizza Hut, Commander Salamander, Planet Fitness, Whole Foods, Wendy’s. Which was your favorite?

Oh man. Probably Planet Fitness. That was the longest job I ever kept because it was so easy and breezy and I got to work out behind the desk. I came to work looking a hot mess every day. They didn’t care. The worst was Wendy’s. I remember cleaning the soda fountain and there was a whole bunch of roaches in there. That was terrifying. Actually, I worked at public storage too. And Uber. Uber technically was the longest job, from age 24 to 26, but I temporarily quit every time someone threw up in my car.

I’m sure you have some awful stories from that.

God, I do. One time I was driving this man, and it was really late, like 2:00 a.m., and he was drunk. He was talking about some creepy shit, like some ghost story shit. And I realize there’s no lights outside. Then the first light I see is a sign that says “something something plantation.” I was like, “Oh hell no.” Luckily, he was like, “Oh, right here is fine.” I drove out of there so fast.

Did I hear correctly that you got kicked out of your first L.A. apartment in four days?

Yes, I met this girl on Roommates.com and I thought she’d be the sweetest because she was from Maryland and she was black. So it was like, okay, my sister, everything’s going to be great. She told me that I would have my own room for $400 a month. I get there and it’s literally a closet. And then she was singing Drake all hours of the day.

Four days in, she announced to me she didn’t like soda. I had left soda on the counter or something. Anyway, I left to go somewhere, and she drank the soda! I came back and was like, “Yo, why would you drink my soda? That’s really messed up.” She was like, “You can get the fuck out!” And I was like, “Oh hell no, you’re crazy.” I was cursing her out. She got scared and started recording it. I wasn’t gonna fight or anything because I’m actually more bark than bite, but she kicked me out after that.

How often were you talking to J. Cole during the album’s development?

He was very involved. He helped me decide what I really loved. And of course, he killed “Facetime” [as the producer] and came through on “Shea Butter Baby.”

There were a couple of songs where you had to put your foot down and be like, “Look, these songs aren’t for you,” right?

Right. It’s for women. I felt like he couldn’t understand why I love “New Apartment” so much, and I think he was, as a producer, focused on the beat not being as perfect as “Whipped Cream.” It’s just a different vibe. And what’s most important about “New Apartment” is the message. I just wanted to talk about achieving that dream. I never thought I’d ever be able to afford an apartment. I never saw $1,000 until working for Uber, because Wendy’s and Papa John’s, they don’t pay you shit. So when music started happening and I started seeing more money, I was finally able to get my own spot and it was the best feeling.

I think that’s a big theme from the album that stuck with people, its relatability. On “I Been,” you sing about your Tinder troubles. I don’t remember a song really mentioning Tinder before.

Damn, really? I just be talking about the things in my life. But yeah, so many people are just not very genuine online. I caught myself looking for my ex, and a lot of these people that I would swipe right on, I’m meeting them in real life and they’re just not that guy at all. It was just a terrible, terrible time.

Do you remember what your Tinder bio was?

My bio for the most part was me promoting my music. I was that girl. It actually helped me when I did OkCupid. I had a sexy picture and a link to my “Drunk in Love” cover and I sent mad guys to watch it.

So, I’m only sick of this because it sometimes makes me feel like there’s no room, and that’s Erykah Badu. Absolutely no shots at her, she’s amazing and a legend. But for me, it’s like, if you guys think I sound just like Erykah Badu, is there room for Ari to ever be her own artist? Plus, I’ve never met Erykah. I’m scared to for a million reasons, and I also don’t want her thinking I’m trying to jack her swag or anything. I guess that’s my biggest fear—I don’t know why she would have time to think about me at all. That’s my paranoid mind.

I really think only Erykah Badu can be Erykah Badu. I wish I could create something as legendary as Mama’s Gun and Baduizm. That’s an all-time body of work right there.

This interview is beautiful because you’re asking about so many different things. But a lot of times people just jump straight to, “Yeah, you remind me of Erykah,” and I’m just like, “Man, did you check out other things? Do you really know my discography? Do you know anything about me?”

Erykah symbolizes late-90s, early-2000s neo-soul, so people are just taking the next singer with neo-soul vibes and saying, “This is Erykah now.” I think with R&B in particular, those comparisons happen more often.

That’s deep as hell. You’re absolutely right. I think it’s a black thing. It’s definitely “she’s black and she’s soulful and she’s natural,” and people don’t know how to think outside of that. And mind you, I did listen to a lot of Erykah Badu, don’t get me wrong. But I’m also inspired by Missy Elliott, Tweet, SWV, 702, En Vogue, Anita Baker, Oleta Adams, Billy Ocean, D’Angelo, Bilal, Chaka Khan, Aretha Franklin, Omarion, Ciara, Ashanti, Petey Pablo, Kanye West, Common, Jazmine Sullivan, Chrisette Michele, and Floetry. I listened to all of them, studied all of them.

What this points to is a lot of the people who are making that comparison maybe haven’t listened to a ton of R&B singers.

They did that to SZA! They compared SZA to Erykah, and I do not hear that at all. I could understand why they’d say that with me to at least some extent. I almost didn’t want “Chicago Boy” on the album because even though I wasn’t trying to go to the studio and sound like Erykah, I could hear influences of certain things she’s done.

Another tweet of yours: “I want real soul music to win so bad. I’m fighting for this shit every day. It’s the best kind of music period.” Where do you think R&B stands relative to other genres in 2019?

The world likes trap and EDM unless it’s a fire melody. Trap is even all in country now. And before I was being open about my ratchet self, I wasn’t making that sort of music. But then I realized what people want. And that’s why I started switching up my style with DJ Grumble on SoundCloud. Sometimes, you got to switch it up a bit—and just a bit—because I make sure to keep it soulful. The beats really made a difference. I think I started to figure it out. And I think people are realizing we need R&B right now.

5 Things To Consider When Buying A New Cellphone 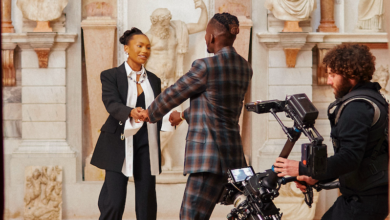 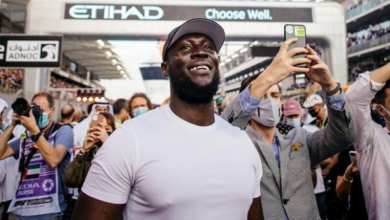 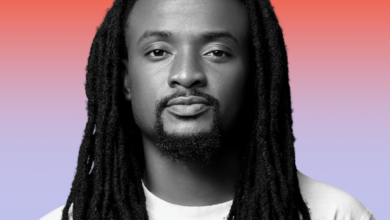 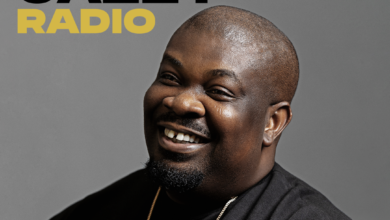